Established in 2005 as a theatre laboratory, it seeks a working method based on games, the merger of various artistic languages and direct communication with the audience, premises that accompany La Pez during its ongoing search. 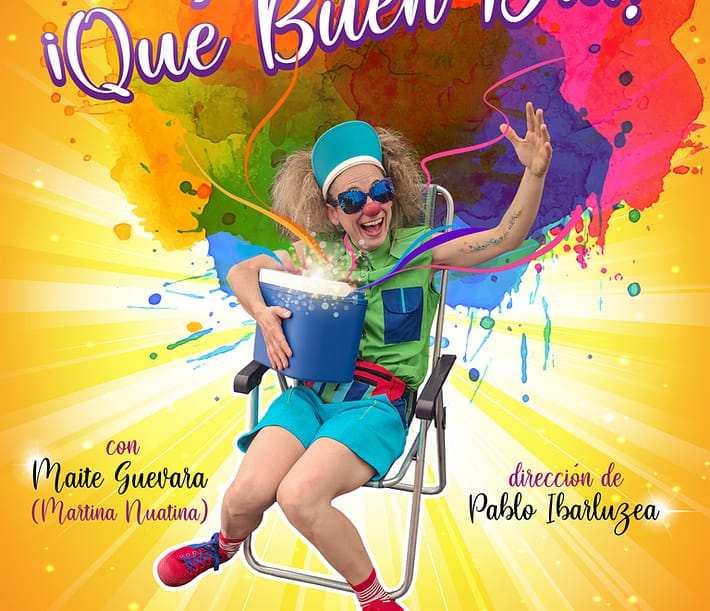 The Maite Guevara Company offers clown performances in the true sense. Through physical performances, imagination and emotions they attract the attention of audiences of all ages. A comic and irresistible language even for the most mischievous.

"Xilipurdi Antzerkia“ was created in 1989 by students from the International Jacques Lecoq School in Paris and is based on mime, clown performances, pantomime, participation, and puppets.

Company created in 2017. With their first play Desahucio (Eviction) in 2018, they won awards in Leioa and were finalists in the Max Awards. In 2020 they performed Legea Gu Gara, a spinoff of Desahucio, and next summer their latest work, Akabo, will be released.

Traditional and contemporary Clown shows where the public will see their refl ection in the characters loaded with humanity. Stupid and transparent heroes of the day-to-day which bring us from laughter to tenderness.

The Magician Goyo offers a funny, close and above all surprising type of magic. On this occasion, he is taking his magic out on to the street, the place where this art began and where he proposes a show full of magic for the whole family.

ZIRKOZAURRE is a circus space with its own productions of street and theatre shows, as well as various circus proposals that adapt to any space and need.

"ERTZA was created by the dancer and choreographer Asier Zabaleta (Ezkio, Gipuzkoa 1972) in 2004, with the aim of finding a new space in which different artistic disciplines could work together through contemporary dance."

Eva Guerrero has been creating dance shows to be performed in theatres and in the street since 2005. She has also promoted a number of projects to introduce new audiences to dance performances.

Two Basque circus performers created = ki, to share their criticisms and reflections on equality through their acrobatics,. With the aim of making spectators reflect, seeking to develop a new imaginary .

"Zirkugintza Kooperatiba comprises people who have been working in the circus and theatre for more than 10 years, with an excellent track record of creating shows and wide experience in artistic training."

Dancers from various places have come together to form a group. They share two aspects: their passion for dance and their unmatched sense of humour. Different styles combine with one goal: provide an unforgettable experience.

INTUJAI TEATRO was founded in 2006. Company made up of Bea Larrañaga and May Gorostiaga. We bet on Humor, as a transforming element. We use theater and clown language, to offer an authentically unforgettable trip.

Trakamatraka presents musical shows for the whole family using reused or everyday items. A musical and theatrical proposal sprinkled with a lot of humour, which will make us reflect on the world we live in.

"After more than 30 years, Hortzmuga is committed to produce gut-wrenching theatre that analyzes the social context, provoke critical thinking and awake the conscience and the curiosity."

Sorry, no results were found.